Every year, Microsoft’s annual Hosting Summit is held in the Seattle area and this year marked my sixth year attending. The Hosting Summit is a unique opportunity for Microsoft to meet with their top hosting partners. At this year’s event, about 400 partners were invited out of the 2,500 active hosting partners that Microsoft currently works with. What’s most interesting about the hosting summit is that each for the past seven years, Applied Innovations, Awesome Cloud Services’ sister company, has been mentioned, on stage or spotlighted during a keynote.

This year was no exception with Applied Innovations & Awesome Cloud Services showing up in a number of places and my favorites were: 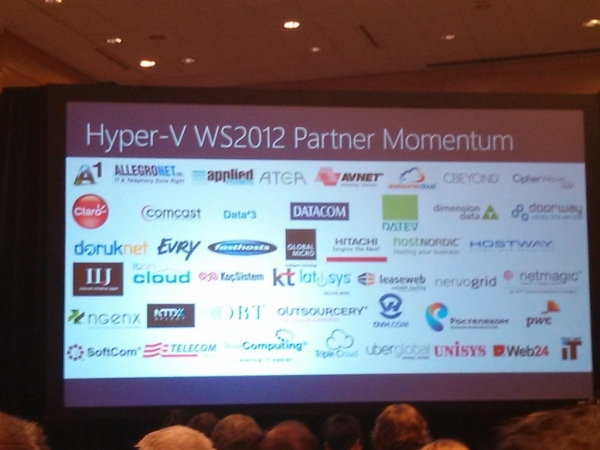 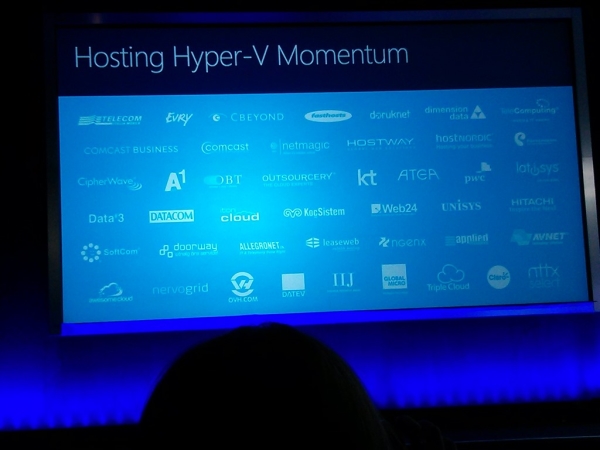 But the Hosting Summit is more than just recognizing key Microsoft partners, like Awesome Cloud Services, it’s an opportunity to learn first-hand what Microsoft’s strategy and direction will be in the new year with regards to hosting and other cloud based applications. This year there was of course a big push on the Cloud OS, which I previously blogged about on my personal website.

What I found most interesting though is that Microsoft is really focused on service providers delivering:

Of course, I’d be remiss if I didn’t mention Lync, Exchange, and Office365 came up a fair bit too. Windows Azure Services for Windows Server has not got a lot of discussion recently as well.

Something that many people do not realize is that the same technology that Microsoft created and designed for massive scale use by big name clients is also available and can be just as easily deployed in a managed dedicated environment with Awesome Cloud Services. The core of the CloudOS vision is that whether your data is hosted on-premise, hosted by Microsoft, or hosted by us, you’re using the same, the same tools and the receiving the same customer experience!

I realize you’re going to host your data where it makes the most sense for the workload in question. By leveraging the same technology, it’s just that much easier for you to deliver the best possible experience to your clients as part of Awesome Cloud’s partner program. As a partner, you can rest assured that Awesome Cloud is in line with the Microsoft Cloud Vision. This positions us to continue to be your partner of choice for all things Windows Cloud.

Prior to founding Awesome Cloud Services, Jess was an Electrical Engineer with Motorola. He was a member of a research team that developed next generation digital communications systems. In his spare time, you’ll likely find him at the grill or in front of his smoker getting ready for some lip-smacking ribs to enjoy with his wife and two kids.